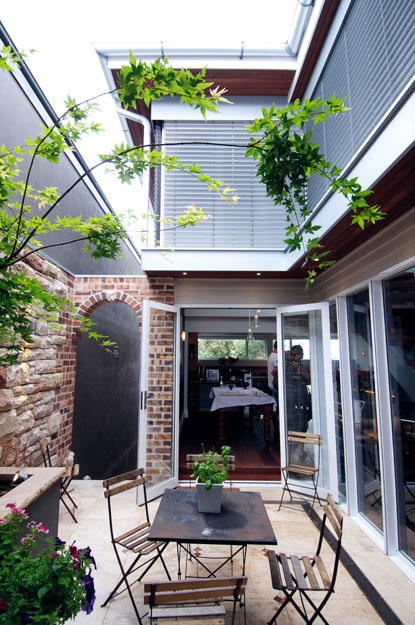 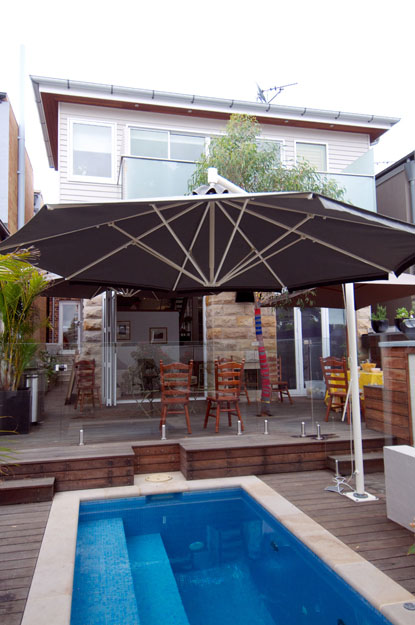 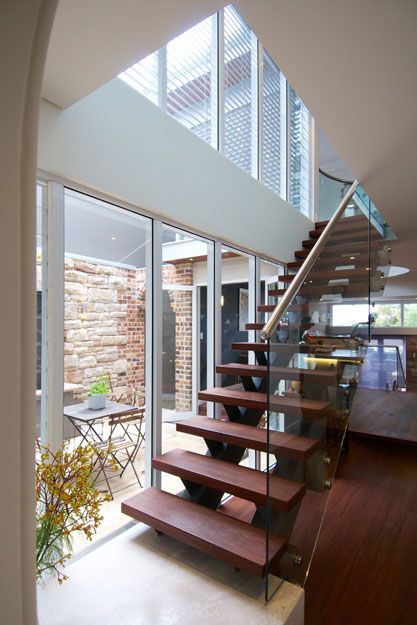 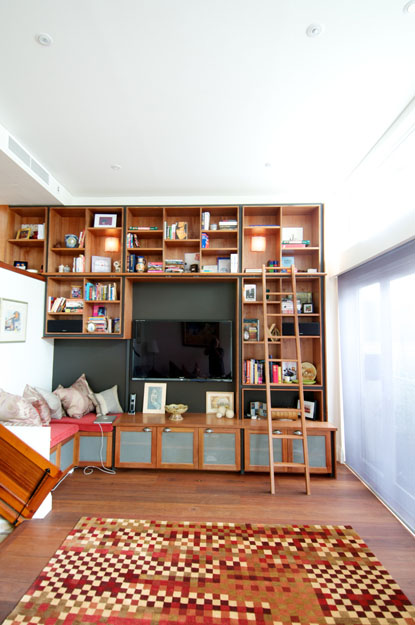 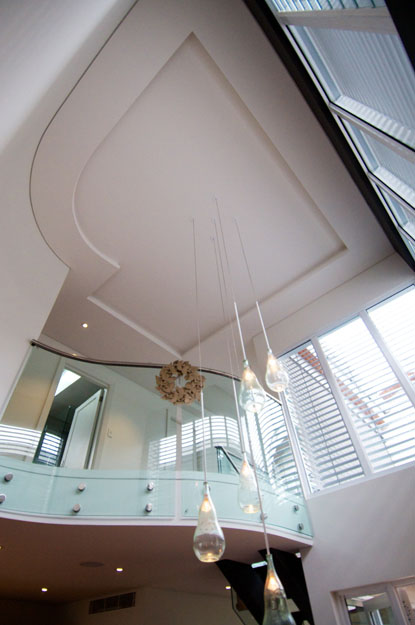 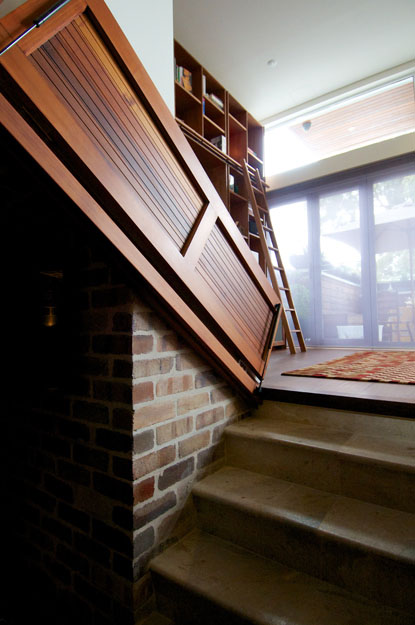 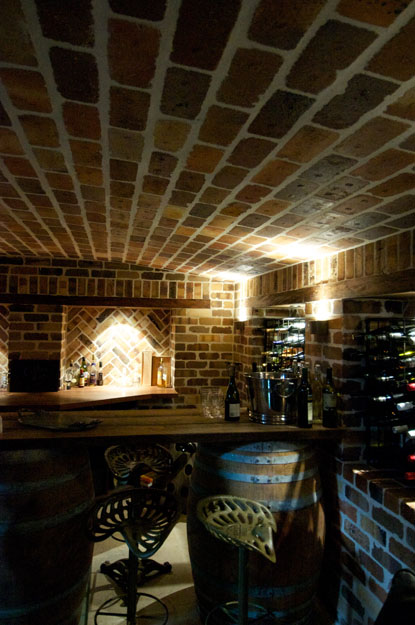 The front facade of a single fronted cottage was retained and a new house built behind the facade. The site allowed excellent views to the city and also had a rear lane access. This allowed a two storey house with a basement to be built behind the retained street facade. An internal courtyard allowed light to be brought into the centre of the house and to make a dramatic statement about the transition from the original small Victorian entry into the new contemporary house. A small plunge pool was finally shoehorned into the rear courtyard. None of this is visible from the semi-detached appearance of the front.